Like in almost any other family around the world, the ruling Nguessos are also divided into camps or material and political ideologies. Strange as it will appear to most, there are many within the ruling family who are in support of freedom of speech, real democracy and also against corruption. And there are also some extremists within the Nguesso ruling family who think that, they have been chosen by God to rule Congo for eternity. There are also some who  think that, they are more legitimate than other members within the ruling family and also those who are the ancestors(real) or the ancients and those whose genealogy or belongingness have just been discovered and thus considered doubtful. And most often than not, the authenticity of the newly minted Nguessos are doubted by the ancients, but the ancients can’t express their views, because their father and the only surviving uncle believe that, a real bantu-man seldom rejects or refuses a child. It may partly explain the reason why, the children purportedly fathered either by President Denis Sassou Nguesso or his elder brother, Maurice Nguesso keeps growing. President Denis Sassou Nguesso has 29 children as of the 2012 count and the number may have increased by now to 31.

While Maurice Nguesso had as at 2012, 19 children and it is certain that, it has now reached 21.  The authentic or undoubted children of Maurice or Denis may have their weaknesses but they are most often more humble and polite than the new comers who have suddenly discovered the power and success of having a father or an uncle who is president of the Republic for life. The newly minted Nguessos most often than not have the attitude of newly converted Christians or nouveau riche. These last ones are most often the ones who are overconfident and have help to destroy the already filthy image of their father or uncle.  The Nguessos have their share of problems, but one thing that distinguishes them is that, no matter the nature of their internal disagreements which hovers mostly over salacious matters and money or properties, they most often than not, turn to be united in front of an imaginary or real external threat. He is loved by the Congolese. Besides him, the only other member of the ruling family adored by ordinary Congolese is or was the late Edith Lucie Bongo Ondimba. The other member of the ruling family who is simple and accepted by Congolese is Mrs. Lydie Hortense Kourissa.

Maurice Nguesso is the owner of several companies ranging from security, media, aeronautics, micro-finance and oil.  One of his companies operating in the security sub sector is called SOMAG, is the largest private employer in Congo after the state with 2000 staff on its payroll. He also owns a micro-finance company called CREMAF or Credit Mutuelle d’Afrique.  CREMAF have 63 agencies around the country and it is perhaps the second micro-finance body in Congo in term of national coverage. He also owns an oil company called Petroleum and has made a second solo come back into the aviation sector with the launching of Air Congo Express.  The said company would have directed by a Congolese Helicopter trained pilot by name James Raymond Likibi. However, there was a problem with Air Congo Express, for it was off to a false start.

For Air Congo Express’s lone aircraft was an Antonov that was  banned from flying within the  Congolese airspace by the aviation governing body of Congo known in French as Agence National de L’aviation Civile du Congo abbreviated as ANAC. ANAC had decided to ground all Antonov aircrafts in Congo because of the high number of fatal air crashes. It was also a recommendation from Brussels and the International Civil Aviation Authority. Besides the Antonov aircraft owned by Air Congo Express, Mr James Raymond Likibi who was to be the manager, wanted Maurice Nguesso to purchase two passenger aircrafts. Namely: a Gulf Steam 3 and a Boeing 737/500. The problem however with those proposed new aircrafts were that, they were not adapted to local realities and the ambitions of Maurice Nguesso. The Republic of Congo is a country where only those who are connected to the ruling family can do business easily. For a country of 3 million, the Republic of Congo has 14 privately owned airlines and Air Congo Express would have made the tally to reach 15. Most or almost all the supposedly private airlines are owned by barons of the regime or influential French and Lebanese businessmen who are close to the ruling family.

Sadly, none of the existing airline companies besides ECAIR or Equatorial Congo Airlines and to certain level Nouvelle Air Congo, do respect international civil aviation rules. Even Equajet, which has aircrafts that, the President of the Republic uses, has not pass e a single aviation test in term of security. The other catastrophe that passes for an airline company is called TAC or Trans Air Congo. And it is rumored in Brazzaville that, former Prime Minister Isidore Mvouba and Antoinette Sassou Nguesso, the wife of the President are shareholders of Trans Air Congo or TAC. Besides being suspected of having shares or outright owning TAC, Antoinette Sassou Nguesso is also suspected that she own aviation company. It was in this sector that Maurice Nguesso attempted a second come back but failed. Even though he failed, Maurice Nguesso still has majority share in one local airline company called Canadian Airways. Maurice Nguesso has 19 children and loves his younger brother, Denis Sassou Nguesso very much. He told me once that: I have created my radio and television stations to defend my brother and to also give your blessing to Congolese to express themselves openly. 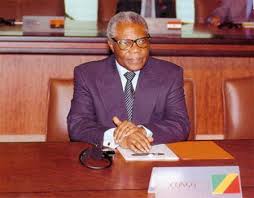 He added:  I am doing this simply because, when my younger brother Denis Sassou Nguesso lost power in 1992 and whenever he wanted to express himself, it was only through media outfits in the Democratic Republic of Cong, for there was no media in Congo that accepted my brother to express himself.  President Pascal Lissouba who presented himself as a democrat was a disappointment. Maurice Nguesso concluded: it was the current minister of Culture, who is now minister of Foreign affairs who used to take the recorded speeches of my brother to Kinshasa in order for it to be broadcast on Raga TV or Antenne A television stations. However Maurice Nguesso noted that, his younger brother who used to record his speeches and gave its Jean Claude Ngakoso to cross the Congo River to Kinshasa in order for it to be broadcast, seems to have forgotten his past ordeal. For Denis Sassou Nguesso was doing exactly all what he had denounced in the government of Pascal Lissouba, where there was no freedom of speech.

Maurice Nguesso concluded:  only through free speech and real democracy can serve the regime of his brother from demise. Maurice Nguesso might not be a good manager, but to his credit, he is a great strategist. He is different from most northern governing Congolese elite. He at least does open or invest in Congo and employs Congolese who are languishing in the corrupt, brutal misrule organized by his younger brother of a president. Some might argue that most of the companies that is owned by Maurice Nguesso, salaries are not paid regularly, but he has the will that, most within the ruling clan don’t. All their investment has been done abroad with little or nothing at home. The only investment that, the elite of the ruling party in Congo do is to have several women and buy large vehicles. He is not tribal and he is ready and encourages his brother to be more democratic and also accept contradictions. He jokingly refers to his brother as a traditional chief. In other words his younger brother’s behavior is like that of a traditional ruler who seldom accepts contradictions.